Prostate cancer is the most common cancer among American men. In addition, prostate enlargement is found in 50 percent of American men in their sixties, and up to 90 percent of men in their seventies and eighties. While modern science claims that the specific cause of prostate cancer is unknown, the traditional view from Ayurveda is that many prostate problems can be prevented by making simple lifestyle and dietary changes. Recently, researchers have suggested a link between growing numbers of prostate cancer and the rise of environmental chemicals. Today, let’s look both at lifestyle and dietary factors that can support prostate health and at specific toxins that need to be avoided. 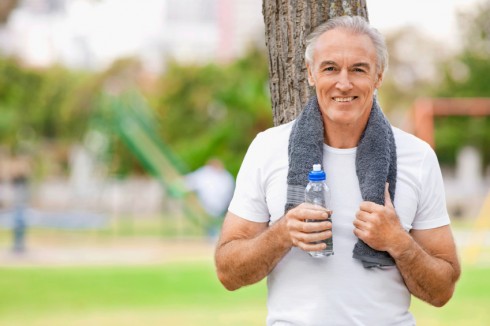 The Environmental Working Group (EWG), a non-profit, non-partisan environmental health research and advocacy organization, has named four high-risk substances to watch out for in terms of prostate health.

If you are worried about your prostate, talk to an Ayurveda expert who can give individualized recommendations for herbs and dietary and lifestyle changes that would best support your balanced health. You should also have your prostate checked regularly by your regular doctor.

Learn more about the traditional Ayurveda purification and detoxification treatments, Panchakarma, at The Raj Ayurveda Health Spa and Treatment Center:

2 thoughts on “Ayurveda and Prostate Health”