According to Ayurveda, the traditional detoxification therapy of Panchakarma helps to remove deep-seated toxins from the body and mind. The treatments pull toxins and impurities from the tissues and back into the blood stream, and eventually into the gastrointestinal tract. Most people who undergo Panchakarma are prescribed “basti” treatments. Basti is an Ayurvedic treatment in which medicated oils and herbal preparations are introduced into the rectum to flush toxins from the intestinal tract. Bastis are often referred to as “enemas” but actually offer more healing benefits than simply evacuating the colon. The medicinal effects of herbs given rectally are able to penetrate the deeper tissues of the physiology, including the bones.

Bastis are extremely important contributors to the revitalizing and therapeutic value of Panchakarma.

According to Ayurveda, the colon is the principle site of Vata: the aspect of the body that governs movement and circulation. Excess Vata in the colon is considered a toxin that manifests as many symptoms, including arthritis, back pain, gout, headaches, and a variety of nervous system disorders. Basti treatments help eliminate excess Vata and help restore balanced health. Because an imbalance in Vata is said to be responsible for around 60% of diseases and disorders, this specific therapy aids greatly in healing and balancing the physiology.

Not only is Vata dosha responsible for the majority of diseases in the human body, due to its mobile and erratic nature, Vata dosha tends to impact the other two doshas, Kapha and Pitta, causing their disturbance and triggering symptoms. It is for this reason that balancing Vata dosha is foundational to managing almost any disorder, whether it is caused by Vata, Pitta or Kapha.

Because the colon is the principle site of Vata, it should always be treated in a way that does not further aggravate Vata. This is why Ayurveda does not recommend colonics or enemas that are not specifically formulated to pacify Vata. 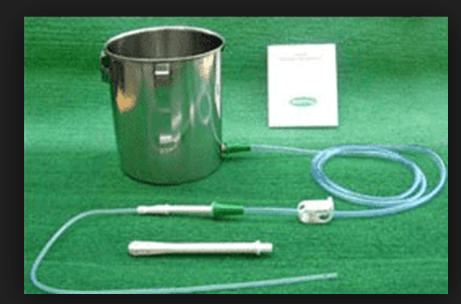 When a person is prescribed bastis, it is likely that they will receive two kinds of basti, alternating day by day. The first basti is the Matra Basti. This is an oil based basti that soothes and nourishes the colon, gently softening plaque that can build up year after year along the inside of the digestive tract. The following day the elimative basti, the Shodhana Basti, is administered. This treatment allows for the softened plaque to be removed, along with toxins that have been pulled from the tissues during the other Panchakarma treatments. Shodhana Basti will always be followed by a Matra Basti to pacify Vata and restore balance.

This day-to-day alternation of bastis produces optimal results: healing benefits with no harmful side effects.