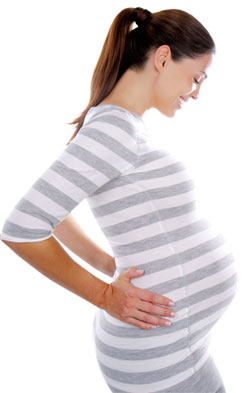 It is not uncommon for parents of toddlers to stress over getting their children into top pre-schools so that they will have the best possible start in life. But according to Ayurveda, getting the best start for your child should begin months before the child is even conceived. While it has become more common for mothers-to-be to be alert to their diets and life-style before conceiving, modern science is just now catching up with the ancient wisdom of Ayurveda in encouraging both parents to take early steps in preparation for making a baby.

The big news in 2013 was that what men eat — and specifically if they are eating their vegetables —seriously affects the mobility and health of their sperm and the health of their future children.

In a recent Boston study, male participants who ate the most carrots had the best sperm mobility. High levels of beta-carotene, the pigment that gives carrots, sweet potatoes and pumpkins their bright color, was linked to better swimming ability of sperm.

The same study found that lycopene, a bright red phytochemical found in tomatoes, red bell peppers, watermelon and papayas (but not strawberries and cherries) was linked to more properly shaped sperm. Both mobility and proper shape can affect fertility.

At the same time, a Canadian study on mice revealed that baby mice with fathers deficient in folic acid (a form of vitamin B) were 30 percent more likely to have birth defects.  The lead researcher, Dr Kimmins, of McGill University in Montreal, concluded, ‘Lots of attention has been paid to a mother’s health (during) pre-conception yet the health of the father has been pretty much ignored…. the focus has been on women because they are the incubators of the pregnancy…. But both men and women need to think about what they are doing pre-conception… Men need to eat their greens.”

The classic texts of Ayurveda offer a great depth of knowledge on how to properly prepare the body before pregnancy. This knowledge forms the basis of the Pre-Conception Program offered at The Raj, Ayurveda Health Spa and Treatment Center in Fairfield, IA.

The program begins at least eight weeks before a couple plans to conceive and starts with a week of detoxification treatments to purify and strengthen their physiologies.  These detox treatments are recommended for two reasons:

1. Accumulated impurities in parents can act as obstacles to proper nourishment. Once these toxins are removed, parents-to-be are more able to respond to dietary changes, resulting in more balanced physiologies.

2. According to the Washington, D.C.-based Environmental Working Group (EWG), most infants come into this world “pre-polluted,” with over 200 toxic industrial chemicals circulating in their bodies.  These findings were consistent no matter where parents lived. We are exposed to chemicals by means of our air, water, soil, and food and household products. And research has shown that the earlier in life toxic exposure occurs, the more powerfully these chemicals affect a child’s development going forward.

While pre-pregnancy detox programs are becoming more and more popular, research shows that only the traditional Ayurvedic purification treatments are able to remove fat-soluble chemicals such as DDT, PCBs and dioxins. These are all hormone-mimicking chemicals known to interfere with fertility.

According to Ayurveda, it takes six weeks for the entire process of digestion and formation of the bodily tissues to take place. Thus for six weeks following the detox treatments, husband and wife follow an individually prescribed organic diet that targets specific imbalances which could be passed on to their children. The diet also provides optimum nourishment to create healthy ovum and sperm.

A healthy child is the result of healthy parents. By strengthening the basic material that makes a child, parents can increase the chance of bringing strong and healthy children into the world.

For more information on optimizing fertility visit The Raj:

( Picture of pregnant woman. Source: Google Advance Image Search.
Creative Commons. The image is used under the terms of Googles Creative Commons rules:http://creativecommons.org/licenses/by/2.0/deed.en. This photograph and credit do not constitute an endorsement of this blog or products mentioned.)